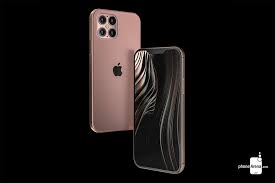 Iphone 12 is expected to be one of the biggest release of all time. Here is everything you should know.

Apple is yet again set to release another iphone smartphone, iphone 12 after releasing iphone SE 2020. Four iphone 12 models are set to be relesed which includes two iphone 12 pro series. They are expected to be released on september that is if there will be no delays caused by the ongoing corona virus which has slowed down manufacturing.Here are the expected features.

Its possible that apple may double the storage data to 512GB which is convenient as consumers use more data to save their pictures apps and videos.

The device feaures an overhauled design with metal frames that’s similar to the frame of iphone11.It will have a smaller notch that will be cormfortable to hold with one hand

Its likely the new model will upgrade from Apple 13 bionic chip to Apple 14 bionic chip.

WhatsApp to stop working on millions of phones from January 1

We use cookies to ensure that we give you the best experience on our website. If you continue to use this site we will assume that you are happy with it.Ok