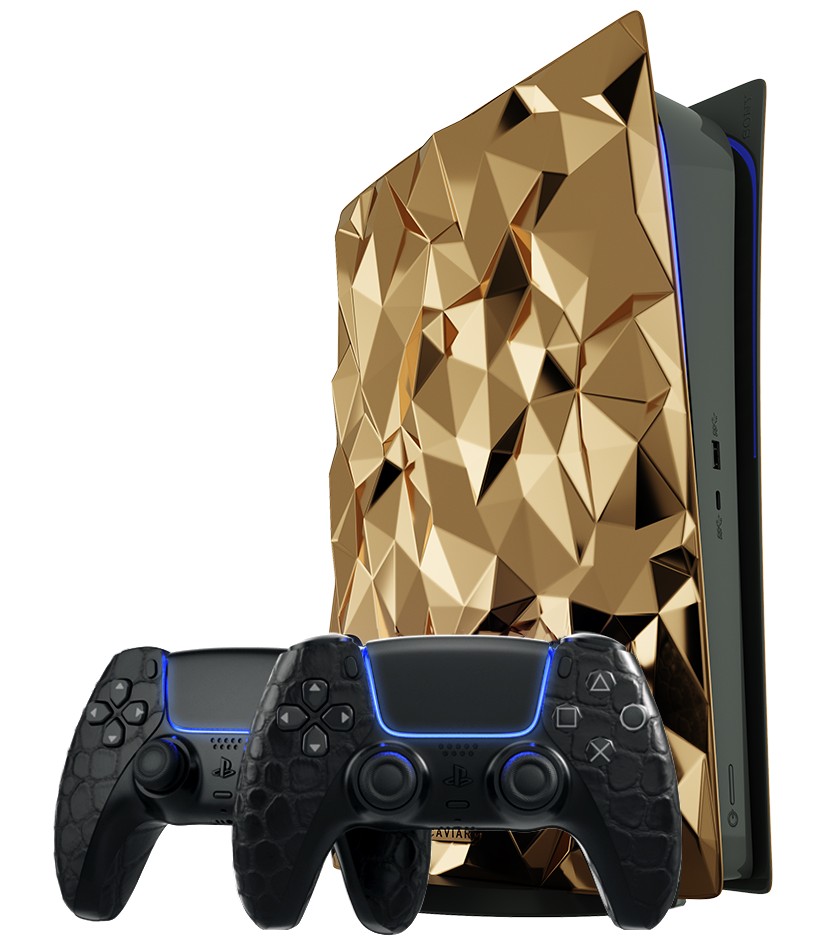 In the last quarter of 2020 (the year never to be forgotten) Caviar decided to shift from accessorizing and bedazzling just mobile phones and accessories, to come up with a new idea to customize the PlayStation 5. Thus the “Golden Rock” was born. The name was adopted from the resemblance of a golden rock.

Only nine of these luxury customized consoles will be made with a price tag of Kshs. 49,900,000. Yes! You read that right, that’s fifty million Kenya shillings! To put that into context, that can buy you 50 Toyota Corollas or even, a half-acre piece of land off Kiambu Road.

And just in case you thought no one in their right mind would make such a purchase, think again. Apparently, they have already received 1342 applications to buy one.

Among one the people interested in purchasing this masterpiece from Caviar is Lebron James, a famous American businessman in the IT field -whose name is not to be disclosed- and a well-known Russian billionaire.

Manufacturing the Golden Rock console will take about four months to be completed. Caviar has contracted a jewelry manufacturer that specializes in working with gold to prepare a test sample.

Each console will be covered with 4.5 kilograms of 18-carat gold. The process starts with 8 separate sheets (cast in solid gold) that need to be shaped into the geometric design and mounted on the PS5.

The controllers will also be covered in genuine crocodile leather dyed in black.

In case you failed to get on the list, – maybe enjoying your trip in Los Cabos – you can also consider Caviar’s other luxury PlayStation 5, the Carbon and Black Leather PlayStation 5. The brand will manufacture 99 of these bad boys.

The PlayStation 5 Carbon cost Kshs. 635,470 (according to the current exchange rate). It is covered in sleek automotive-grade carbon fiber.

The Alligator leather option also went with a black color scheme, this one will set you back Kshs. 887,260. Caviar also customized two controllers with carbon fiber and leather, respectively, so that they match the console.

Keep in mind that all three versions are based on the Digital Edition version (i.e. the one without an optical disc drive), so in case you were hoping to save some money by buying games on the second-hand market, better luck next time!